a place to discuss the fragmenting pages that Sullivan Green left his daughter when he died.

if you haven’t read Ascender’s post, do that now, then download the pages. I set up this topic so we can all work together to figure what the hell’s going on.

I’ve been able to print off copies of the pages and they don’t seem to be self-corrupting (as of yet). The Roman Numerals still stick out like a sore thumb, but I’m now curious about the differences between the hand-written text and the final published page. the differences could be merely stylistic choices by the author, but perhaps they deserve a closer look? All changes were of a single word with one exception (which I’ll come back to). the first word is from the original hand-written text, the second from the revised, published version.

So, if we string the words from the original hand-written text, we get:

“changed traveling and continued on climb”

Could be something or could be me trying to see something that just isn’t there. however, this entire sentence was ADDED to the published text:

“I might have cut these flowers down in another life. Left them to rot in a cup on a table, their dying bodies arranged for my enjoyment. But not this life.”

A hint to the timeline that was?

This could all be nothing more than simple editorial decisions made to improve the writing. But why leave this as part of a will if they weren’t important?

Curious what others have to say about this.

Interesting point, Michael. I hadn’t thought that the cut sentence could be in reference to, or an example of, the altered timeline.

The altered text passages are definitely the biggest lead we have, and the strongest hint that the pages might be the fragment the Book of Briars mentioned. Wondering, if as the “BoB” mentioned, there are going to be sixteen “fragments” that become four keys, should we create a Forum dedicated to the fragments? Now that we’ve been given a name to call them?

Just so it saves people time and mental energy, I already tried applying the roman numerals to each of the pages to see if the numbers were pointing to any specific words. I didn’t find anything but for the sake of combing things over here you go:

So as you can probably tell my heart flitted a bit when I read “path by a…” and then my hope crumbled as it went on to nonsensical land.

Maybe I’m reading WAY to far into this but here are several thoughts I have about all of this:

• Has Ackerly Green changed into a butterfly?
• His breathless attraction to these flowers
• The changed words between published/written talking about change, traveling etc.
• Deirdra’s attraction to butterflies
• The added text “I might have cut these flowers down in another life…”
• His poem about his body passing into nature
• Isn’t there something about butterflies representing people who died or something like that?
• “33” changing into a mirror image or butterfly

There’s a quote from an old Chinese philosopher Zhuangzi:

“Once upon a time, I, Chuang Chou, dreamt I was a butterfly, fluttering hither and thither, to all intents and purposes a butterfly. I was conscious only of my happiness as a butterfly, unaware that I was Chou. Soon I awaked, and there I was, veritably myself again. Now I do not know whether I was then a man dreaming I was a butterfly, or whether I am now a butterfly, dreaming I am a man. Between a man and a butterfly there is necessarily a distinction. The transition is called the transformation of material things.”

I feel like there’s something going on with butterflies, symmetry or mirroring here.

LASTLY I want to draw your attention to the drawings in the corners of the published page. They’re all different and they all seem to look like the flower buds Green was writing about! Do they symbolize something? Are they a clue? Am I way off track?

OK I couldn’t find anything apparent on this post but in the spirit of trying to find connections I read over Deirdra’s post from July 17, 2016 (127 years after the writing of the page from Ackerly):

"Did I really think that I could come back here to live full time? Bunratty is… Well let’s say it’s small. Tony in fact. Even Limerick is tiny. Auntie Monica though – she makes it feel good. I didn’t realise it had been nine months since I’d seen her. FaceTime makes it feel less I guess.

I sat at the bar of Nelly’s while she worked her shift last night. I drank too much mostly because other people were buying. It’s one advantage of being away so long. Saw some old mates from school. Ciarán Connell was in, looking almost as cute as he was in Sixth Year. I didn’t make too much of a fool of myself with the Jamesons. I don’t think. I hope not.

We haven’t talked about everything that’s going on yet. Waiting for the right time or maybe for these changes to process. Auntie Monica seems a ‘avoidy’ to say the least. DBx"

You can see it online here.

Can anyone make any connections?

I saved all of the corrupting pages here: http://imgur.com/a/8WNKf

I am not sure if there is any information hidden in them or if the corruption is random.

Lot of great observations. You mentioned the flower images in the four corners of the published text and I noticed that one in the upper-right corner doesn’t have any flowers, only leaves. Could be a random coincidence but at this point, with so many variables, I thought it would be worth mentioning.

Thanks for putting up all the corrupted pages. The corruption does look random, but some of the pages have changed colors, from black to green, blue, etc. I’ll have to put them in Photoshop and overlay them to see if they create a new RGB image of text or, perhaps, an actual image (?).

CameronP’s notice of the flowers in the corners piques my interest as well (see earlier reply) and I’m curious to see if it is the illustrations that hold part of the clue and not solely the text.

I love that idea, Mike. Maybe analyzing the actual corruption will provide us with a better clue as to the message we’re being sent.

great to see you guys working on this. keep it up. will update if we discover anything on our end. Hey michael, I saw ur a Flinter at the campfire? We need to update that user icon of yours. can’t have my brother going around with the stock 'shop

hey, also, since it looks like the pages from SG could be the fragment bob mentioned, Endri asked me to move this topic to the new Fragment forum.

Cameron, I think you’re on to something with the date. July 17th seems to be an important date. The Remains page is dated July 17 1889, Deeds has a journal entry on July 17 2016, and the bookofbriar.com website went up on July 17 2016 and sent out the emails. Seems to big of a coincidence that the site launches on the same day 127 years after the Remains page is dated. Question is, what is the significance? Googling that date I haven’t been able to find anything of particular interest that occurred on that day. Perhaps it is the 127 years number that is of more importance.

Also, the only pattern i noticed in the roman numerals is that they continually increase.

Hi all - I thought I would have a Google about for July 17 facts: July 17 - Wikipedia What Happened on July 17th This Day in History

Thanks for saving the corrupted pages Andy.

I’ve been fiddling with the corrupted pages in photoshop but nothing is jumping out at me. There are still a few things I want to try yet, but I’m afraid this might be a dead end.

Something about the capitalized letters in the poem keep jumping out at me, so I isolated them in order and tried to do a scramble of sorts, see if some combination shook loose a clue we’d been looking for. Fruitless. Here it is, in case anything works for your guys?
I I C A I T T T U E B T I M M M A I Y B

To double down on some of Allison’s theories about July 17th, I had a second look at the Wikipedia links. Nothing about the historical dates jumped out at me. But I remembered that a lot of what’s floating around in these forums was circling the idea of rebirth, new lives and the butterfly emerging as something new. So I scrolled to the ‘significant births’ section of the July 17th page, to 1889 (when the corrupted pages were published).

Erle wrote under a few different pseudonyms. Who doesn’t? But one of the names he used was Charles M. Green. Coincidence? Maybe. Maybe not. 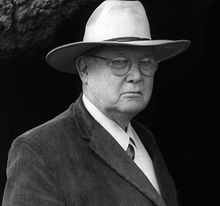 Erle Stanley Gardner (July 17, 1889 – March 11, 1970) was an American lawyer and author. He is best known for the Perry Mason series of detective stories, but he wrote numerous other novels and shorter pieces and also a series of nonfiction books, mostly narrations of his travels through Baja California and other regions in Mexico. The best-selling American author of the 20th century at the time of his death, Gardner also published under numerous pseudonyms, including A.A. Fair, Kyle Corning, Ch...

GUYS! The very first corrupt page (the poem) has a faint image of the published journal entry in it, but it’s reversed! (“change/reverse”) If you put it into photoshop, do a curves adjustment and absolutely crush the blacks you can see it. The lines of the poem are in line with some of the lines of the published entry but I can’t draw any conclusions. The first thing I think about are the roman numerals at the bottom now being reversed which, if read left to right, are now:

But there’s something more about this reversed page… I’m trying to figure it out but need help!