I wanted to post a quick update regarding the existing and future app.

I commenced a developer to build a new app for Ackerly Green readers in February of this year, after discussing it for most of last year’s second half. It was supposed to be finished by June. It’s now September, and after numerous delays, stops and starts, and not seeing anything resembling a final product I had to cancel the agreement I had with the developer with nothing to show for my and your patience. I’ll be honest. I’m pretty devastated. I had agreed to pay in excess of 15k to get you all the perfect app, but I picked the wrong person for the job. I’m going to take some time and figure out next steps, but there won’t realistically be a new app until 2020 at the earliest. I’m sorry.

Secondly, the existing app is buggy, partially unusable, and not something I’m proud to have my company name on. Again, in all transparency, I personally pay $500 a month to have that clunky app managed. In the next week or so I’m going to have it removed from all app stores because the product no longer justifies the immense personal cost and it languishes in the app stores with bad reviews that reflect on me and the company.

In the future I would like to have an app that simply has the e-reader and a version of the forum with mobile notifications and then build from there. I just need a little break from dealing with the mental and financial stress of trying to build a new app or maintain the old one.

We’ve had a lot of great moments and successes this year, but this app has been a disappointment for me and all of you and I’m sorry. I will do better and make better decisions about it going forward.

No need to apologise to us CJ we know how hard you work for your company and we appreciate all you’re effort.

Also I hope you didn’t lose any money to that cowboy app developer! 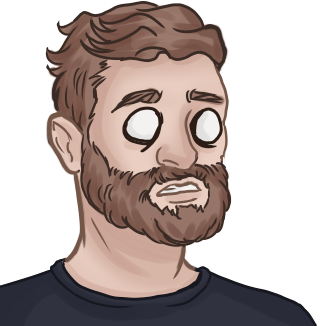 This is sad, and I’m sorry they’re jerking you around like this. I’m a mobile user for the most part, and I’ve never had any issues with the app itself.

Regardless, I hope this all gets sorted with a lot less stress involved. Sorry you’re going through this kerfuffle CJ!

Wow. What a situation. Hopefully it all gets sorted out eventually. I also use the app but have yet to come across a bug or major problem. I’m sure there are efficient app creators out there with a reasonable price. It’s just the fact of finding them

No need to apologize sweetie! I understand! I had to take a bit of time off of here because of day to day life of headaches that come from a strong headed son who likes to rough house and take it too far at school.

So I haven’t the slightest clue how I did it, but somehow I managed to create a shortcut on my home screen straight to here that opens an independent version of chrome. No address bar, no tabs, just a seamless experience that if I didn’t know better I would say was an app. Not sure if it’s useful, but thought it could be an observation that might help in the long run

i have it too!