Much to the surprise of nearly no one as it turns out, I was officially diagnosed two weeks ago with ADHD. It’s been tough to hear, but also liberating as well. Turns out, I’m not just lazy, socially inept, unfocused, scatterbrained, or temperamental. There’s an actual root cause of many of the issues I’ve tried so hard to overcome with varying degrees of success over the years.

My assessment’s impetus was telling my therapist what I later learned is a sort of battle cry for many people with ADHD, “If I’m interested in something, I will learn everything about it, obsess over it, and master it. If I’m not interested, no force in the world will make me care.” Combined with the fact that I have Kindergarten report cards where my teacher wrote, “He has so much potential if he could only stop disrupting other students if he finishes first, applies himself even if he’s not interested in the subject, and keep his hands to himself.” and I’m surprised no one recognized it sooner. Unfortunately, I grew up before kids were really being diagnosed with ADHD. I missed the window, and by high school, when ADHD had become “mainstream,” I’d gotten much better at hiding and avoiding and compensating for my issues.

Once, a family member came to visit when I was a kid, I must have been nine or ten, and my mom had just found out I hadn’t been finishing or turning in my homework. So this person stood over me to force me to complete a math worksheet. She stood there for probably thirty minutes, silently watching me while the page’s contents turned to unintelligible mush in front of my eyes. They didn’t know what my “problem” was. So I was just called lazy. Weird. Irresponsible.

I’ve been so hard on myself for so long because I had internalized all of those things said to me. Those voices became my inner voice, telling me all the same things. I became convinced I was just lazy and unwilling to work harder. I became the person looming over me, judging me, condemning me. And that’s what I’m working on now. First. I’m realizing and accepting that the voice isn’t mine. And it isn’t telling the truth. It never was.

I wish I’d been diagnosed sooner. I know these decades weren’t wasted, not really, but I can’t help but wonder what “might have been” if I’d known why I was the way I was sooner, and that there were many ways to support the uniqueness of my brain. I’m still wandering around the woods of what could’ve been and what I could’ve accomplished, but I’m slowly coming to some pretty significant realizations. Everything I’ve done in adulthood, especially this, Ackerly Green, required 10 times the effort that it would’ve taken a creative but neurotypical person to accomplish. And I’m pretty proud of that. And I fundamentally believe it took a uniquely-wired brain to think all this up. The attention to detail, my ability to hyper-focus on the big things, the sensitivity to the story’s broader emotional impact, and all of the interesting minutiae. I’m not there yet, but maybe someday I’ll be able to accept that ADHD is my superpower, and I just discovered it later in life.

I’m taking the time to deal with my new understanding of myself and my brain. There are other big and ultimately good changes going on in my personal life as well, but I wanted to share this with all of you, because I know I’m not the only one with a special brain in this community, and I want you to know you’re not alone, and you are so much more than the voice in your head.

Also, I’m new to the neurodiverse community, and happy to be educated if I’ve misspoken or used triggering, inappropriate, or non-preferred terminology.

With the right team and treatments, you’ll be even more amazing than you already are! Best of luck along this journey, @CJB.

(EDIT: Which is already pretty flipping amazing, by the way.)

I’m so happy for you CJ!! I know there’s definitely an adjustment period, and some grieving to do (which, psychologically, there’s no wrong way to do so don’t worry about that too much), but in the long run knowing where parts of your behavior come from is so liberating and freeing and it feels so much better. It’s so much easier to forgive yourself for things, and to understand how to cope with or manage those things better.

And by the way I really love that you talk about your sensitivity to the “story’s broader emotional impact”, because that’s something I think a lot of people overlook about ADHD! It’s not just attention or hyperactivity, it affects your ability to regulate your emotions as well, and that can lead to some ADHD people learning to have a heightened sense of the vibe/emotional state of people and texts etc. In many cases that’s because (in my opinion, anyway) we tend to feel things so intensely that we need to be able to read things more accurately to better react and adapt to our surroundings and avoid unnecessary pain or discomfort. Rejection sensitive dysphoria is the most obvious of this kind of, I guess, “complex” of emotional regulation problems? But an overall emotional intensity is pretty common!

This this this. Yes. The emotional component was something I didn’t realize about ADHD, and digging into things like RSD has been incredibly eye-opening. So many confusing aspects of my life and behavior are slowly coming into focus. Thanks for your encouraging and kind words. I haven’t really had a chance to talk with other ADHD folks and it’s nice to feel the commonality and camaraderie because, yes, I’m very sensitive.

While I can absolutely understand the feelings of loss, what an incredible validation that you are the awesome person we all know you to be and none of those unkind things people have said before.

Thanks so much @Fox

Definitely not alone, I got my diagnosis with ADHD earlier this year 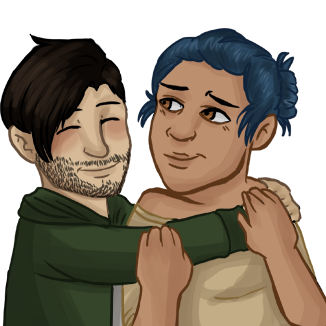 It’s a scary adjustment but it’s such a useful thing to know about yourself. I can’t count the number of days I spent incapacitated due to intense physical RSD symptoms with no clue what was going on, its no small comfort to be able to ascribe things about yourself you didn’t understand to something tangible.

Good luck moving forward CJ! If you ever need someone knowledgeable to talk to who isn’t a formal medical professional and can talk on a personal level. I used to run an ADHD support group through discord before the community got too large for me to handle being a part of it. So, not to toot my own horn, but I’m rather well versed in ADHD and its symptoms. Feel free to shoot me a DM on discord or here. I’ve got access to plenty of ADHD resources as well!