I hope your week has gone well! I thought we’d go a bit more on the nose today and talk about anything and everything that can help people save money, from just turning off the lights at night to shopping.

Have a good weekend!

There wasn’t anyone new this week, so here’s osmw pictures of my new puppy! 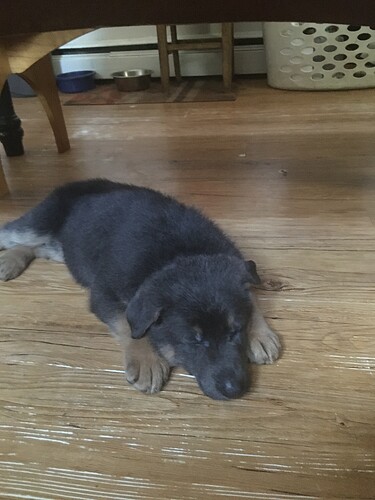 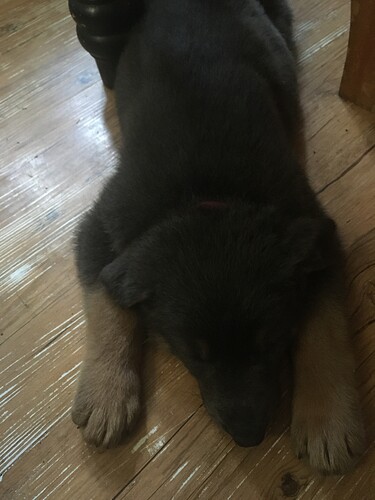 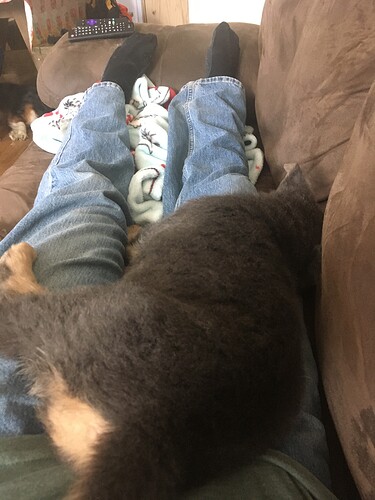 In terms of saving money, mine is pretty basic, but I usually only shop in the sale and clearance section of a store (online or not). Online, I also use Honey, which is a browser extension that finds coupon codes and tries them all for you, so often you get a discount without having to search the internet for coupon codes that might be expired or fake. I’m not a corporate shill for them or anything I just like them and I got 25% off my last order of yarn from Joann Fabrics because of Honey so I’m pretty jazzed at the moment.

Here are some easy ways to save on your electric bill:

Source: I used to work at the electric company (also, my electric bill is super low)

An easy way to save money is to not spend it in the first place.

I know, easier said than done for a lot of people. But it’s the situation I’m forced into atm.

@Mr5yy, thank you for consistently doing fantastic fridays, they’re like a solar wind of joy hitting my in all my recharge circuits making me ready for whatever. Even when I’m so busy I cant respond, looks at the car crash work was last week, the fact you consistently make a space for positivity is so deeply appreciated.
Anyway ~
WARNING WARNING LONG POST INCOMING DELETE OR SKIP IF NEEDS BE
I have been described by my friends a slightly intense nerd. One of the ways I am a big nerd is personal finances and personal finance tracking. I work in an apprenticeship in a hospital so I currently make less than minimum wage and don’t live with my parents so I have to be soups good with money. Everything @Fox and @Wyvern are saying is hella useful advice.

I kinda wanted to hilight what @Connielass was saying about not sending money because yeah, that’s actually the easiest way to do it. And, though I am thrifty and like repairing things I’ve saved the most money by changing my money mindset, which is what Conn is doing (through force or otherwse, I hope you’re doing okay lovely

) . What I also wanted to do was hilight some strategies on how to do it because unless forced to, how, how does one not spend the moneeh

Mindful Spending
In the current awful system of ethics were we’ve decided that people must work to be able to live your money is your time, it’s parts of your life you’ve had to put into a system {whether you like it or not} in order to have shelter and food. You don’t have to think about that if you don’t want to but I find it a particularly motivating factor thinking about my money as my time at work.
So once you’ve paid for essentials (use foxo and wyverns advice to bring that column down) now we’ve got the things we buy to bring our life pleasure and variety. You should think of this stuff, not in terms of money but in terms of time.

Ant wants to buy a gift for Caterpillar and Ant makes 5 coins an hour. There’s a cute notebook. It cost ten coins, so ant being very sharp considers is this worth two hours of work? Will it bring him enough joy to justify that, ant ikes his job and likes catepillar so its thoroughly worth it but the 3 coin decorative leaf they were going to pick up because it was pretty was not.

And you do that with all your purchases and you see whats worth it in your life. The expensive things which are worth it for each person will be different and it had the added bonus that you’re using your capital to only buy things you like and believe in. This can also be done with groceries, junk food is sometimes worth it for me but often isn’t and is so goddamn expensive. You will often save money this way if you have disposable income and buy things, if you dont have disposable income and are scraping buy, see the advice I mentioned earlier.

Loving Saving
So as covered, you’re money is your time. The more savings you have the more time you could take off work and not face consequences in the non-work parts of your life.
Honestly, I think for a lot of people this is motivation ennough. Everyone want’s to be able to feel more secure in their life. Imagine being able to save up for a year so you could take a three month break to do what you want? Doesn’t that sound fabulous.
The two prongs feed into eachother. It’s easier to turn down disposable purchases even if their cool if the alternative is like security that life wont fall apart if something goes wrong. This in turns means you can put the money in savings. So how do you make the security of your future more tangible than a cool notebook? (I HAVE A PROBLEM)
For me it’s a pastel coloured spreadsheet. For you it might be a video of a big ticket item you want, it might be looking at your sproglets. The motivations and things that allow you to save are gona be different for everyone and all totally valid.
The one thing I do reccomend is breaking it down to making it seem more manageable to get to your future. I’ll show you an example (Im just really proud of me pastel coloure spreadsheet okay?

All my love and warmth guys, have a good week

Our state does free energy audits for homeowners, and they do a lot of this stuff like replace bulbs with CFL’s. As those have died out, I’m replacing them with LEDs (they get brighter quicker). They also gave us two free energy saving power strips - they cut energy to 4/7 slots so long as the item plugged I to the “master” slot is off (with two regular plugs) to help with those “vampire” electronics without constantly having to plug/unplug.

I love Your Money or Your Life. It was a serious game-changer for me even if I didn’t implement every piece of advice. (The investment advice is particularly out-of-date right now.)

In a similar vein, I Will Teach You to be Rich, by Ramit Sethi, is a good updating. A lot of it really is about how you think about consuming. The advice is, at its foundation, a lot like Your Money or Your Life.