I’ve meant to write, but there haven’t been any significant updates (until this morning, which I’ll get to in a second.)

We’re just hunkering down for winter. We have plenty of grain, dried meats, and canned vegetables for us vegans (thanks to Rasia) as well as wood to burn to keep ourselves warm (also thanks to Rasia) and to keep our freshwater supply (yep) from freezing. Not surprisingly, Helm’s Deep has no heat, electricity, running water, or insulation to speak of. Rasia told me about the beautiful, heavy tapestries that used to line the walls of the Deep back in the day and would hold the heat in, but they’re all gone, and also she might have been talking about pastries and not tapestries because I don’t speak Hungarian. (I’ve been trying to get the basics down, but most of the time, I’m just smiling at her like a dope while wholly lost as to what’s happening. It’s how I ended up with nine coats.) What I would give for a cronut.

We’re planning on getting a big fat garden up and running in the spring. We have a lead on a used solar kit so that we have some basic 20th-century lighting, but otherwise, BC34 is on a chilly, but well-deserved hiatus until everything thaws and we can put this place back together properly and self-sufficiently.

The reason I’m reaching out is that Yuridia woke me up this morning at about 4 am, our time. I think I’ve mentioned it, but Yuri can “feel” magimystic currents, kind of like how we can see or smell. It’s just another sense for her. She woke me up because, as far as she could tell, it was finally gone. Magic. I mean, she calls it “free magiq”, meaning all the wild energy in the world that can be utilized to bring about change.

She can still sense the power the Silver and other forces have hoarded out there, but free magic, our magic, is gone. She said it was like she’d woken up and found she’d gone blind in the middle of the night. And as everyone else woke up, the adepts among us found their powers were gone as well. They had all agreed collectively to curb their skills, if at all possible, but now their abilities are impossible to perform. Port, Ali, everyone you haven’t met yet.

Gav said we’re now standing in the ashes of the Book of Kings. I’m not sure what that means, or what we can do, if anything, to bring about the new age, but… yeah. I thought you all should know.

Oof…send our love to Yuri and everyone, it must have been so hard waking up to a change like that. At least we’ve got each other still and no one is facing anything alone. Thinking warm thoughts for you all!

I’m glad Rasia has been so kind and generous, and you’re all doing okay, magiq or no. But…that is some heavy news. I hope something we can do to start the new age becomes apparent…

In ashes there is good fertilizer to feed new growth. Even so, it doesn’t negate or minimize all that was lost. I hope everyone, including you are managing okay, losing a sense can be a disorientating and frightening experience.

It’s finally good to meet you Eaves, though I wish the circumstances were better.

Thank you for the update, @Eaves. While this is sad news, I remain hopeful. After all, from the ashes rises a phoenix

I’m glad you’re all well, less glad about the loose magiqs disappearing in the night.

But for some reason it made me think of a supernova. The star dies, falls in on itself, then 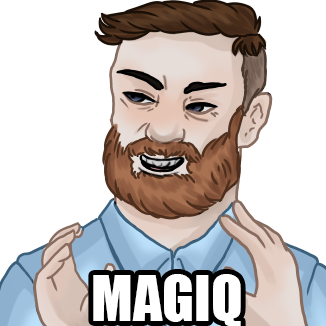 I’m glad you’re well, @Eaves, my love to everyone. Listen to Resident Mama, she knows how to survive the local climes. Tapestry isn’t a hard art to learn, if you’re not picky about looks, so those can be replaced.

As for magic… I feel that loss too, but I honestly thought it was my seasonal affective disorder playing up. The stories don’t just happen anymore, but I had hoped it was like writers block. Now I know what I’m looking at, yeah. We’re going to get through this. It’s rough, but I have faith in us, and in the flow of Magiq. Sometimes change is painful, and disruptive, and if we really did burn/shred the Book of Kings, it would be a BIG change.

But I feel hopeful. It rained in Australia, and they saved the Dinosaur Tree. Bald Eagles are back in Ohio. New discoveries are suggesting better treatment for migraines and dementia. A 17 year old found a planet almost seven times the size of Earth. I learned how to make a really good banana bread. Life has little magics all through it even if it’s not capital M Magic.

Energy cannot be destroyed, only transformed.
I’m keeping hope. A new wave is coming upon us all, magiq and mundane alike. I’m personally excited to see what it brings.

The lack of free magiq does mean that we’ll have to be much more careful about the Silver since they still have some magiq stored up somewhere.

@Eaves not sure how helpful it is since you have to leave basecamp34 to get internet, but Duolingo have launched a beta Hungarian course. Numbers seem to be a moderatly early lesson so it might help avoid future snaffus.
Possibly more useful, Google translate allows you to download a dictionary for offline use.

Yurida can sense magics… can she still(?) sense the veil protecting the forum?

The books seem very much like an eternal thing, where one ends another starts. Pheonixs are born from the ashes, maybe thats where our new book and new wild magic will come from.

So that’s what happened. I guess I’m not crazy after all.

If magiq is gone, I’m not sure we have a veil anymore. Oh also @BairnSidhe I’m gonna need that bread recipe.

I’d wager the veil is still up.

I like to picture it as we’re at extreme low tide on a rocky beach. There’s magiq out there in pools, but it can’t mingle or get to the ocean. Each pool might as well be it’s own universe right now.

The Guide is still working so I’d wager our little fish pond still has some water in it.

Heh, even as you said Eaves, our magiq is gone. Others still have it, and maybe that’s why I’m a ‘grey jedi’ here. I’ll do some digging with the folks who aren’t Mounties.

Although if the Silver still has some abracadabra, might be worthwhile to try and work towards a mutually beneficial relationship. Otherwise we will all be stuck in a magiqless impasse.

I honestly only gave @Eaves comment about our magiq being gone a sad, but cursory, thought. Two days ago I was up to my eyeballs in work and thinking about a minor surgery I had yesterday.

Reading others’ comment though, I’ve realized that I’ve felt it too. I have dozens of books tagged in my library; most of them are heavily in the fantasy genre. Every couple of days, I get caught up on my podcasts and look for a book to listen to on my commute. I’ve yet to listen to a fantasy book. I look at them on my list and feel kind of sick, like they are anathema.

Thanks for the update @Eaves. While it’s definitely a blow that wild magiq is gone, it also means that this transition is still moving along and that’s kind of exciting? I wonder what our new Book will be called. In other thoughts though, could Yuri’s magiq-sense guide us to other wells? Or even simultaneously strike a blow to the Silver by taking some of their hoard? Not an immediate necessity, just food for thought.

You should throw that in the food topic if you haven’t already.