This is a big post as it’s going to be part recap, part update, and part announcement. So if you’re interested in Neithernor and/or role-playing in the Briarverse, be sure to read on!

If you’ve been involved in the Ackerly Green community at all over the past couple of years, you probably know that we’ve played around with several role-playing experiments that extend beyond the main Briarverse narrative, with the focus being on Neithernor, the magical pocket world within the narrative.

First, there was PRSFNE (Polyguildic Research Society for Neithernorian Exploration), which was a narrative role-playing experiment that mostly took place on the Ackerly Green Discord server. Though we made a few attempts at a guided narrative like The Ghosts of Neithernor short story, it was primarily left to the readers to build and explore.

When Neithernor closed in the Briarverse narrative, I also closed PRSFNE, so that the event was impactful, and also because I had plans for a way to switch up the secondary role-playing experience. I wanted to create an RPG that was happening as a game within the Briarverse, in the hopes that by telling new stories, it would help shape the new age. That became Neithernor: Reborn.

You all created INCREDIBLE content for both PRSFNE and NN: R, but I finally had a valuable lesson hammered into my thick head. If a secondary RP experience is even tangentially connected to the main Briarverse narrative, readers, by and large, don’t feel comfortable going “off-book” or doing things that might be considered out of canon. Also, in the case of PRSFNE, having it limited to those with a certain trust level hindered momentum and a cohesive community effort. And finally, a guiding hand in the form of an AGP-sourced narrative or a “game master” is helpful in creating boundaries to play within and pre-crafted stories to explore.

Mind you, I love role-playing games but didn’t intend to be running one full-time when I first started Ackerly Green and The Monarch Papers, so this has all come with a steep learning curve, and I can’t express how grateful I am for your patience and effort.

Last year, I announced that in 2020 I would be working with all of you to build an actual Briarverse-connected tabletop role-playing game. One that you could play with other community members and people in your own life. One where you could explore and play in the world of the magimystic and create your personal narratives. I announced that I planned to have the player’s handbook essentially community-sourced, meaning we’d build it together step by step, and Ackerly Green would provide the finished product for free. It’s now April of 2020, and although there have been some delays, I want to officially announce that we’re about to start the development of an official Briarverse role-playing game (unofficially) called Neithernor: The Magimystic Roleplaying Game. We’ve even trademarked the word “Neithernor” to make a real tabletop RPG!

There are some narrative details I will reveal once The Book of Briars is fully released, but the gist, and what I think makes this RPG unique, is that you are here in our world, alongside your friends and fellow coven members, unraveling lost histories, exploring mysterious wells, battling secret sects, and learning all you can about the world of the magimystic. It’s a fantasy RPG that takes place somewhere between the world of the mundane and the world of magic, but “neither here nor there.” We’ve been building the infrastructure for this for a while (the guild-bearings are a big part of the RPG) and I’m also announcing that I am working with fellow Mountaineer (and dear friend and fellow writer) @Mike to work out what needs to be done, how best to build an RPG for this universe, and to get your feedback, input, and creative concepts each step of the way.

Initially, I announced that Mike was going to create short narratives for the existing Neithernor: Reborn initiative, but given everything that’s going on right now, we all think that focusing on something that we can all build together, which would eventually be the underlying system for Neithernor: Reborn anyway, would be the best use of our time and energy.

Neithernor: Reborn will live on for now as it is, and might even be the birthplace of some of your character origins in the Neithernor RPG. We may eventually migrate it to the Creationary area of the forum as part of ongoing creative writing role-play, but your work there, and space for it to continue, will live on.

Step one in building a full-fledged role-playing game was researching and finding the perfect existing platform to construct the Neithernor RPG on. Instead of trying to create our own, many companies have made their underlying role-playing systems available under Creative Commons or open gaming licenses, which means we can build our own game using the mathematical and structural methods entire teams of people have already created, and expand on it in uniquely “Briarverse” ways, instead of trying to hack through the jungle of building a new system.

Mike and I have officially chosen the platform, which we think is a PERFECT fit for the collaborative storytelling of The Briarverse—

And we’ll announce it next week!

Once we reveal the system we’re using, we will start working with you all on things like how character creation works, exploration and conflict, magic and conflict, classes and backstories, and magimystic loot… all of it.

I’m beyond excited for this. I can’t wait to hear your ideas, to work with you to build it, and to publish our community-created player’s guide. I want the RPG to be narrative and creativity focused. I want it to be fun to build a character and just as fun to play. I have a lot of ideas, including fun concepts that utilize the Briarverse idea of “Our World + Magic,” and I can’t wait to work with you all on another shared creative endeavor. 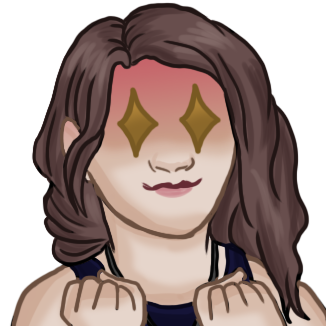 this is going to be so much fun! I can’t wait to drag all my Tabletop friends into playing this with me

OMG, I’m so excited!!! Been getting more and more into tabletop recently, and can’t wait to finally be able to introduce my gaming friends to this world without sounding like a madwoman, lol.

Oh man am I excited for this. Maybe I can use this to suck my friends into the Briarverse too.

Super excited for all of this ^-^

Oh this is so cool! I can finally help with the skills I have (since most of the stuff happening in BoB rn doesn’t line up with what I’m good at right now) so that’s super exciting! Who knows, I might be able to do a few spot illustrations for you if you need it!