6. The Secret Society: The Ghost of Ackerly Green Publishing

So first off, happy Friday night. Second, apologies for any typos, I’m hurrying to post this. Third, I just had a productive conversation with a ghost. Sort of. I don’t know his name or who he is exactly, but I do know he isn’t connected to the pins or the app or the chronocompass. He’s not even connected to Ackerly Green Publishing.

Which means 1) I still don’t know exactly what’s happening here, and 2) we have a whole new thing to figure out.

I got to the office just after 7pm and I could hear him walking around inside. I took a minute because I couldn’t wrap my head around what I was doing, or why (besides MAGIQ!) but I opened the door, and he was there. I could see him in the dark. He’s not like a translucent movie ghost. He’s more like a blur that sometimes comes into focus. Like something in the corner of your eye. Almost like the more you ignore him, the easier it is to see him. If I kept the lights low it was easier to track him around the room. He was frantic, worried, pacing.

It seemed like he was trying to see me the same way I was trying to see him, until he stopped pacing, realizing I was there. I could make him out more clearly. He was in clothes from another century (not sure which, 17th/18th?) and he had this blue coat on. Parts were light blue, some were darker blue, and the colors looked like they were moving. Changing. We stood there staring at each other, unsure what to do.

I came prepared to record the whole thing, but my phone only picked up my half of the conversation so I have to piece together what he said from memory and connect it with the recording of my voice: (I didn’t know how to format this so I stole Martin’s method for his interview with Augie since he knows what he’s doing.)

G: Can you hear me?
S: Yes, you?
G: Do you know why I’m here?
S: No. I thought it was about the pins? (I showed it to him but he didn’t seem to recognize it.) It’s our company mascot. Ackerly Green Publishing.
G: That is this place?
S: Yeah. Do you know anything about it?
G: No.
S: Do you remember anything about yourself? Where you’re from? Maybe what you’re doing here?

G: I am lost to myself. There are holes… in my mind. I want to remember but there are missing pieces. I don’t know why, but in looking for them I was drawn here.
S: To the office?
G: Something is happening here.
S: I know. I thought you were part of it.
G: I am lost. I saw a light. I followed it. But I cannot remember what I was searching for. What I thought was waiting beyond the light. I found you here.
S: Sorry.
G: Can you help me somehow?
S: I don’t know. I have friends who know more about this kind of thing. Well, not really ghosts, so much as magic…
G: Magic.
S: Yeah.
G: I know magic.
S: You do?
G: I was killed by magic. I saw others fall.
S: Who fell?
G: The Monarchs.
S: You’re Monarch’s Mountain? Are you talking about Neithernor? The war?
G: The massacre.
S: Is this because we’ve been to Neithernor?

S: Maybe you got lost and followed someone through a door? Maybe that was the light?
G: I do not remember… I looked across…

I’m embarrassed to say it took me way to long to realize what he was trying to say. I finally caught up and frantically yanked my phone out of my pocket…

S: I got a weird text yesterday… I mean, a weird message. I think it might be for you.

I showed him the phone. He looked closely at it and repeated the phrase…

G: I looked across the cold and silver swirling sea.

Suddenly it was like all the heat and sound left the room. The lights went out. And it’s like we weren’t in the office. It was like a cold, black void.

And I could see him glowing in the darkness. The look on his face was like something had dawned on him. I could barely hear him–

And then the lights came back up, I was back in the office, and he was gone.

Hold on a second! This ghost… He saw the Silver when they attacked Monarch’s Mountain at the beginning of the War? And he was killed, presumably before he could warn others? Holy macaroni and cheese, Barman! And the light that called him; maybe it has something to do with the pins. And, if the Ghost did go through a door to get into the office, maybe someone wore a pin in Neithernoor and that’s what drew him there.

Well the Book of Briars always used to send us to someone who needed help. It seems our pins are cut from the same cloth. We’ll have to try to find a way to help him.

I guess ghosts can’t drink tea, can they? Can they?

Good point on both parts. Can a ghost drink tea? I wonder what the material these pins are made of is. It has great magiqal purposes. I want to make a watch with it.

If the ghost and pin are magiq is it possible for the ghost to have physical contact with a pin and, if so, what might happen if they touch?
Would it cause some sort of magiqal reaction?

Blue coat + overlooking a large body of water, to me, = Ebenguard (or Ebgorad for him?).

Do we know how this ghost interacts with objects? If he was making the noise in the office and interacting with things there, he might be able to drink tea (in some sort of ghost-y way)…if not, Saberlane could always just try tossing some tea through him and crossing his fingers…you can tell I’m taking this whole ghost thing really well, and very seriously.

Could, could we test that? I’m not against Saberlane flicking some tea at the ghost. Maybe the ghost is wearing a pin? They were for a Secret Society, so if he had a pin in, that might be causing him to react with Saberlane’s pin.

Saberlane mentions that the ghost didn’t seem to have a direct connection with the pins, so I doubt he would be wearing one.
Do we know when the pins themselves were created?
All I gather from Werner’s letter is that he was told about the pins’ magiq and not their direct origin.

Gotta say, your reaction would have mirrored my own. What on Neithernor is going on here… Are… I don’t even want to say this, it makes my stomach turn to even think this to be the case, are all the ghosts I have heard some of the other guilds report… Fallen warriors?
Are they lost, so they show themselves to their inheritors so they can be set free?
Thats. Wow. I need a minute.

He saw the war start, and if everyone’s right and he was Ebenguard… We can probably guess the Silver live somewhere off the mainlands, to the Eastern seas. I’ll bet that was even intentional, if I were to place a guild hall between me and Silver it would be Ebenguard hands down.

John tells me hes planning to go to ebenrest; hes the only guy I know in neithernor right now though. He says he’ll meet all of you there, and he’ll work on figuring it out with everyone in person.

I guess he’s calling the guilds together, then? Should I tell him to go to All Guild instead? Like, the main hall?

Guys he didn’t call it a war, he called it a massacre. Which means that they were unprepared and not at all expecting an attack. That’s even more barbaric.

Something tells me that either this is separate from the War or this is what began it. Either way, it’s absolutely horrible.

OH jeez, I’m gonna for 2 days and this happens. I def. agree that he sounds like an Ebbie. I don’t think conciliatory teatime will work here, as he doesn’t seem to be all there. He sounds like he’s an echo.
Saberlane can you think of anything, anything at all that might have called him at this specific time? Did you do anything before returning to the office? Anything different about how you entered the office? He didn’t recognize the pin, so what else might have called him?

Woah, Sabes, can we add ghost hunter extraordinaire to your list of achievements?

Well, it’s good to know that he wasn’t behind the app, or the pins. But I wonder what the connection is between this ghost and the app popping up with that notification? Did the chronocompass spell turn your phone into some sort of communication device? Or maybe some kind of combo of the pin and the app?

This is super creepy, though. Are there more people out there like him? And why do they exist? Is there some way that we can help them?

Also, you mentioned this ghost might be from the 17th or 18th century…I wonder if it might help if we know about Neithernor and that time frame? My MAGIQ-verse history is a little rusty, but I did recall this tidbit from The Unwritten Histories: 17th Edition:

The tapestry materials rested with Anne until sometime in the late 17th century, when they were apparently stolen by a cult of collectors who were amassing “enchanted works of art.” The whereabouts of the wool and silver veil are a mystery, but we now know the shroud of silk was stretched into a canvas around the turn of the 20th century.

As I recall, most of what we know comes from Sully and Mr. Wideawake, but nothing was dated. What we know post-Anne of Brittany is pretty limited. 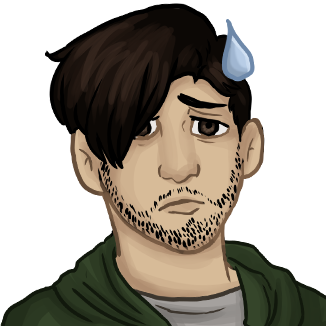 Between finding the pins, the app acting up, and the ghost it seems like there is some sort of magiqal crack that is leaking from Neithernor into the normal world. Is it possible that this is a late effect from opening the BoB?

As weird as all of this is, this magiqal activity could be a good sign for the world.

I can’t help but wonder if this IS the Book of Brairs opening.
In Book of Wilds there was magiq.
In Book of Kings there wasn’t.
We don’t really know what’s inside this new book, this new chapter.

I can meet him. we should be out on the coastline in the wilds.

we have a couple who can get to neithernor, and i’m able to get to at least eben’s rest from most places.

hhh. He says he’ll meet you in a few days time.