21. The Secret Society: Of Two Minds 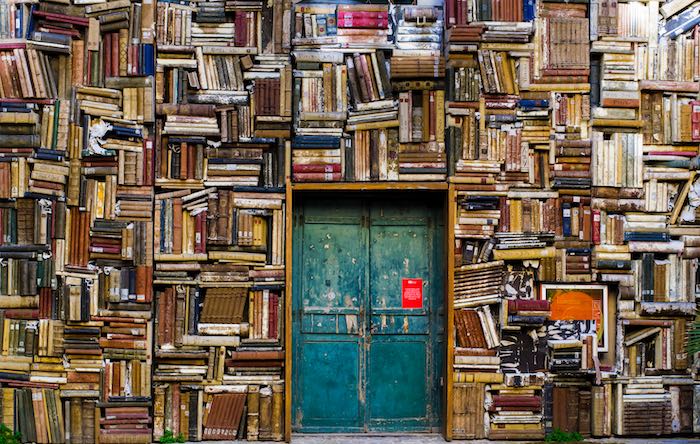 Another massive thank you to everyone who worked the hexes to ground Woolie and me. I’m feel about 3,000% better. Like I said, in the last post, Woolie is still in here, but separate. I can hear him but it’s not this chaos of noise and emotion. So thanks for the peace (of mind.)

Another thing the grounding hexes gave me was a bit of clarity. I told you I was pretty fixated on the footage from my trip to City Hall Station and all the weird lights and sounds I kept hearing in them. I was looking over them this morning, still in bed, but with clear eyes, and the thing that struck me was that the sounds I thought I heard weren’t gone completely, but they’d changed. I was convinced I had fever-dreamed what they originally sounded like, I mean, how would a sound recorded on video change over time. Well, magiq, of course.

I realized I had something to compare them to, the original video I made to show you all the station. Watch it again, starting at the 2:20 mark. The moment it shows the green cordoned off area behind our tour guide. You hear that? That sound? That’s not in the raw video I have. It’s changed.

I think there’s a door down there. I think a door to Neithernor was knocking for me. Maybe it’s a way to get Woolie back home and out of my head. I don’t know why it’s only one door, and why it’s down there, but maybe something’s been drawing me to that door, “my door”, for years. Now I just have to find a way to get back to it without being arrested or killed.

But I need your help. If there’s a door down there, a door knocking, asking for me to knock back, well I need a knock to knock back with. It might be one of the few knocks we already know, but I have a feeling it might not be, and I want to be armed with options if I manage to get back down there. So Secret Society, once more into the fray?

I’m glad the spells are helping! And heck yea, down for some more magiqal detective-ing! Let’s get you guys to Neithernor!

Edit: I guess the question is…how does one go about determining a knock to Neithernor…

Exactly. But I feel like this might all be part of “The Last Figuration” and if it is, then there has to be some way to answer the knock. Some clue to the directions of the knocks. I just can’t see it right now.

well then, lets look it over and figure something out for it.
At least everything seems to be okay for now.

Starting with The Last Figuration, we can break it down and maybe find the pattern?

Okay, anyone have the phrases we found? Perhaps there’s some keywords in them that could give us a knock? Trying to find them all again…

Edit: I found them!

If these are the only ones, that’d give us four points to knock at. Sea would suggest tides (Ebenguard), not sure on the second one, third thought? (Thornmouth), and then last light (Weatherwatch).

I’ve listened to that video at near ear-deafening levels quite a few times now. (and a few more now that you called out 2:20) between the background noise of probably a dozen people wandering around you, and the music, I don’t hear anything special. But then I don’t have to, maybe it’s just for you.

To the question at hand.

I agree there’s a knock in what we’ve found. I like Nimueh’s idea that it’s the 4 quotes. Definitely try that. I’d suggest “the way to leave this world behind” would imply travel, so maybe Weatherwatch again.

I really think I’m just randomly guessing though. But that’s all we seem to have.

@Nimueh I think the first is weatherwatch the second might be Flintforge out the third is thornmouth and the last one is gossmere but for your idea to work then won’t we need six, instead of four

Maybe Flinter for the Tales of Wonder as it mentions Northeast? Journal sounds either Goss or Thornmouth.

TBH, I can’t remember if we need to have 6 or not…

Another random thought I did have was the journal entries? I know some of them directly linked to location notifications we’d had, but some of them didn’t. Maybe they link in here?

Maybe Flinter for the Tales of Wonder as it mentions Northeast?

Did anyone count the knocks as I heard six?

ill go ahead and do some audio isolation, if anyone can get it into a multi-wavelength format? I suppose i could do that, too, but its so much work

Eight I wonder if this could involve the seal of Solomon, the eight pointed star. maybe?

Can we get another mounty to confirm? 6 for rimor, 8 for me… lets see if we can find a common, correlating number. From there we can possibly determine the total number of combinations we can try, figure out a few key bits for each knock position, and brute force the rest.

I feel certain that if we can figure out what clues we’ve been given that we won’t have to brute force anything.

The knocks I heard would change in number and rhythm. I don’t think they’re the key.

There’s kind of a theme here with 2 character initials.

Tales of Wonder - ??
Ticket for the lighthouse has ‘AB’ on it.
The hermie proof is ‘for WG approval’
Avis journal - She always signed her posts ‘AG’
The green man has ‘for WG’ on the back.

2 characters, first character is either A or W, second is either G or B.

That looks an aweful lot like it’s similar to NW, NE, SW, SE to me.

Are there 2 characters in the radio play somewhere? Edit: I can’t find any. Huh.

Hm… I would say AG again for Tales of Wonder, as it’s Ackerley Green’s Tales of Wonder. But then we’d need to work out if A is North or South, and G is East or West, cause straight away you have 4 possible variations (NE, NW, SE, SW).

Well as you mentioned before Tales of Wonder does specifically say NE in it. If it is also AG, then AG = NE? And then WB = SW?

I don’t know, I think I’ve piled too much tin foil on this one. But if assumptions 1 through 26 are right (ha!) then

Proudly puts on Tinfoil Tricorner hat.
im going to make a guess and say that if the Tales of Wonder is actually AG, it would go something like this.

but this is based purely on conjecture and the idea that the lighthouse ties to Thornmouth.
I’d say it was some kind of substitition cypher, but given that each of the letter designations of N E W S are not within a single letter of each other i doubt it.

If we need a final knocking point, maybe we use East, for Ebenguard. given we have an Ebbie Ghost and an Ebbie Sabes.?

EDIT: Unless i got my designations mixed up and the lighthouse ticket is WB not AB, in which case, refer to Robert’s above post.

And… you both just illustrated my problem, lol

thats 4 possible combos.
maybe we can try a couple?
or sabes can maybe weigh in and see if any of them feel right.

EDIT: personally i like NE, SE, NW, SW, NW, E as the possible set. it feels more like a key to me.