Hey Mounties.
So, I’ve been working hard to better navigate my life, to try and walk the line between the mundane and the magical. Between the company, the books, and my personal life which includes friends and my family. I’m trying to be an Ebenguard, basically.

Over the past year I’ve pretty much neglected everyone and everything that didn’t have something to do with Ackerly Green. I’m sure some of you can relate, especially during the unlocking of The Book of Briars. My husband, Matthew, had to finally sit me down this week and let me know I had to work on better balancing my two worlds. He missed me, the kids missed me… Hell, the dogs barely recognize me these days. I heard him loud and clear.

So, to try and remedy that, we had a lovely date last night in a beautiful little cafe in Soho. No book talk. No magic talk. No mounty talk. Instead, I ate too much, drank too much, got caught up on what’s going on with him and everyone we know, talked summer plans, discussed the kids and school and TV. It was nice.

The weather was beautiful so afterward we decided to walk home.

And I would love to say that I even left the Herman pin at home. Would’ve definitely earned a few husband points. But as it turns out Herman had just happened to make his way into my jacket pocket. And I started feeling the same call, the same wandering pull that I felt when the pin led me back to the warehouse. I almost jumped out of my skin.

At first I didn’t tell Matt. I just kept meandering down side streets and alleyways, but he caught on pretty quickly. (He still doesn’t fully “get” the whole “Ackerly Green” “magiq is real” “running a mysterious publishing company” business, but he’s a good sport.) He reminded me it was late and the dogs needed walking, but he was a little drunk too so humored me when our walk took us across town…

To a little store front that had been abandoned and left with a rotting for-sale sign in its window for what looked like decades. It was dark inside, and empty.

I checked my phone, just to see if I’d gotten a notification for finding wherever this was… nothing. We walked around the block, but nothing happened. Eventually Matt started watching for cabs and I knew it was time to go. I took a picture of the real estate sign, figuring I could pretend to be interested and ask to see inside the store, though who knows if the number was still in service.

The cab ride was quiet. I’d kind of screwed up the whole “having balance” thing. Couldn’t do it for three hours.

The thing is… my life has been unbalanced since 1998. That’s the truth. To have nearly a decade of my life just taken away… I don’t know what’s happening with these pins, or Woolie, or the office, but it’s all about memory and if somehow, someway, this could give me back what I lost… that would be balance. That would maybe fix the thing that’s felt broken in me for twenty years.

I know it’s a long shot, but if this is all about reclaiming memory maybe I’ll find that missing part of me at the end of it all?

Anyway, that’s what I’ve been thinking. As a matter of fact that’s what I was thinking when I pulled up the photo of the real estate sign on my phone. In the upper corner of the photo, through the front window’s glass, I saw a shadow being cast on the wall of the store. The shadow of something that wasn’t there.

The memory of a shadow… 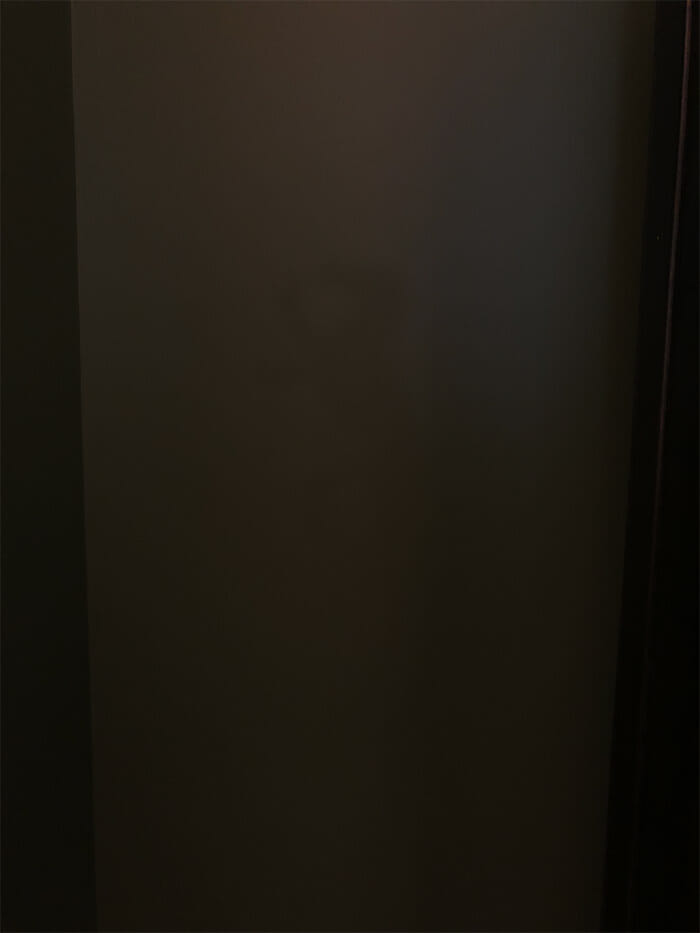 That’s pretty cool. Maybe that building was an old AG storefront or office?

That’s really cool, but really scary at the same time.

herman watches from the shadows

I’m going to be moving in about a week, so I’m going to try for some locations this week. I’ll let you know what I find!